Fluent in Spanish, English and French, Mr. Escalera supervises Reichard & Escalera’s general litigation work and personally handles its civil practice under the Racketeer Influenced and Corrupt Organization Act and the Puerto Rico Dealer’s Act (Law 75), as well as most complex litigation cases. Mr. Escalera has wide experience in many areas of commercial litigation from mass tort (i.e., Dupont Hotel fire litigation) complex labor litigation (i.e. plant closings) superfund cases, securities, regulated market cases, trademark litigation, products liability and civil rights actions. He has been a major participant in litigation arising out of Puerto Rico’s financial restructuring under the PROMESA federal statute. He is also involved in the opioid crisis and hurricane reconstruction litigation. Mr. Escalera is admitted to practice before the Supreme Court of Puerto Rico, the United States District Court of Puerto Rico, the United States Court of Appeals for the First Circuit and the United States Supreme Court. For several years in a row, Chambers Global has identified Mr. Escalera as an “eminent lawyer” and “one of the best litigators in the country”, placing him as one of only two litigators in the top tier ranking. Mr. Escalera has more than 40 years of litigation experience at all levels of local and federal courts. Reichard & Escalera was selected by Corporate International as litigation firm of the year for Puerto Rico.

Mr. Escalera has been identified by the Who’s Who Legal publication for recognition in the 10th edition of The International Who’s Who of Franchise Lawyers. He frequently participates as mentor/judge in intra and interstate mock trial competitions. 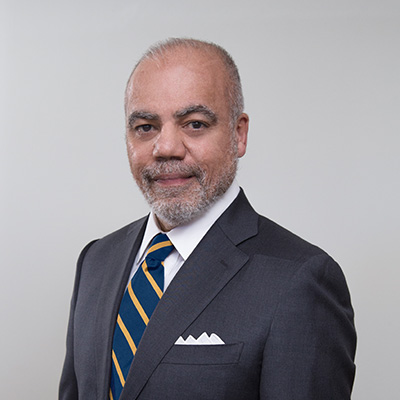