Mr. Méndez is a Capital Partner and Co-chair of the Corporate Practice Group of the Firm. Prior to joining Reichard & Escalera, he was Secretary of the Treasury of the Commonwealth of Puerto Rico. Mr. Méndez concentrates his practice in general corporate, energy law, real estate, financing, and banking. Throughout the years, Mr. Méndez has been involved in many transactions involving major developments in the renewable energy sector and the construction of combined heat and power systems in Puerto Rico. He has ample experience representing developers in the negotiation of Power Purchase Agreements, both with the government and other private entities. His work includes real estate agreements and permitting matters.

Mr. Méndez has broad networking in the Puerto Rico business community, as well as all three branches of government. As Secretary of the Treasury, he was responsible for developing and implementing the fiscal, tax and financial policies of the Commonwealth of Puerto Rico. He was also responsible for the issuance of the Commonwealth’s General Obligation Bonds, Tax Revenue Anticipation Notes, and Designated Sales Tax Fund Bonds, which included extensive work with dealers and underwriters. As Secretary of the Treasury, Mr. Méndez provided constant updates regarding the economic, fiscal and budgetary condition of the Commonwealth of Puerto Rico to bond rating agencies, investors and financial analysts. Mr. Méndez has served as Member of several Board of Directors, including, but not limited to, the following: Government Development Bank; Chairman of the Infrastructure Financing Authority; Tourism Development Fund; Puerto Rico Industrial Development Company; President of the Puerto Rico Financial Board; Chairman of the Employees Retirement System of the Government of Puerto Rico; Chairman of the Teachers’ Retirement System of the Government of Puerto Rico; Puerto Rico Film Commission; Health Services Administration (known by its Spanish acronym as “ASES”); and President of Public Employees Charitable Contribution Fund.

Mr. Méndez is a Certified Public Accountant. He is admitted to practice law in the Commonwealth of Puerto Rico. He has served as Adjunct Professor at the University of Puerto Rico School of Law.

Mr. Méndez has been guest speaker in numerous activities sponsored by different organizations such as the Chamber of Commerce, Food and Beverage Industry Association (“MIDA”), Society of Certified Public Accountants, Alliance for Tax, Legal, and Accounting Seminars (“ATLAS”), and Associations of Financial Analysts, such as the National Federation of Municipal Analysts (“NFMA”) and the Municipal Analysts Group of New York (“MAGNY”). 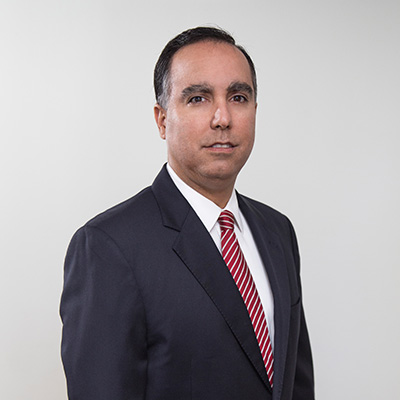