Mr. Reichard served as the ABA’s delegate to the Council of the Inter-American Bar Association. A member of the Puerto Rico Bar Association, he has served in various committees and has been both an officer and a member of the Board of Governors. Furthermore, Mr. Reichard has active membership in the following organizations: the American College of Trial Lawyers, the American Law Institute and is a Life Fellow of the American Bar Foundation. Among his civic contributions, Mr. Reichard has served as President of the Puerto Rico Chamber of Commerce, participated as member of a Commission on Economic Policy and in several governmental commissions, such as the Foreign Trade Board. He served for a full term on the Advisory Board of the US Merchant Marine Academy, and is currently the Honorary Consul General for the Republic of South Korea and Director Emeritus of the Board of Directors of TerraLex®, a global voluntary law firm association with presence in nearly 100 countries and more than 40 States in the U.S. He is admitted to practice before the Supreme Court of Puerto Rico, the United States Court of Appeals for the First and Fourth Circuits, the Court of Appeals of Washington, DC and the United States Supreme Court.

Mr. Reichard has published numerous articles in the University of Puerto Rico’s Law Review, in major daily newspapers and in Experience, a publication of the ABA. He supervises the Firm’s corporate, transactional and real estate work, as well as the regulatory work in the fields of communications and banking, as well as its governmental affairs efforts. 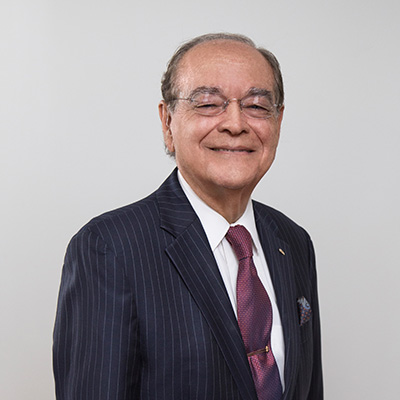